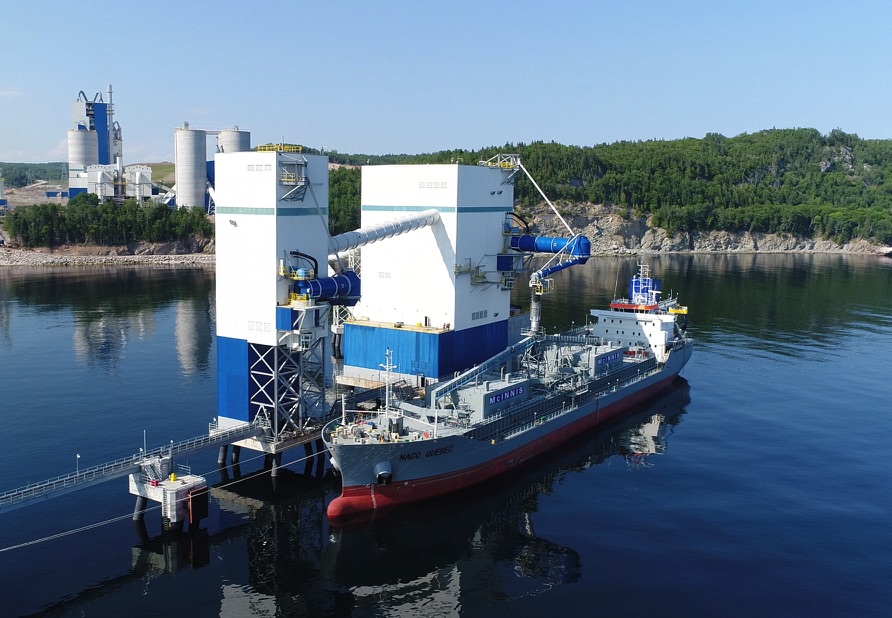 Montreal, August 6, 2018 – The McInnis Cement Board of Directors announces a management change. Mr. Hervé Mallet, President and Chief Executive Officer of McInnis since November 2016, is leaving the company. The Board of Directors wishes to acknowledge the Read more ››

Port-Daniel–Gascons, October 4, 2017 – Already anchored in its home environment, McInnis world-class cement plant in Port-Daniel–Gascons, in the Gaspé region, offers promising prospects for an economically deprived area. Expected for more than 20 years by the community, the large-scale Read more ››

McInnis Confirms its Distribution Plan for the Atlantic Provinces

Port-Daniel–Gascons, September 7, 2017 – McInnis, the New Cement Company, announces its distribution plan for all of the Atlantic provinces, thus strengthening its presence as a leading cement supplier in eastern North America. The company has acquired two CRH Canada-owned Read more ››

Rebuilding the Rail Line: Québec Provides the Means to the Gaspésie to Prosper

Port-Daniel–Gascons, May 5, 2017 – McInnis Cement enthusiastically welcomes the confirmation by the Québec Government to rebuild the Gaspésie railroad between Matapédia and Gaspé. Once the infrastructure is restored to McInnis’ cement plant site, the annual number of railcars delivering Read more ››

BRONX, NY/April 19, 2017 – Work is underway at McInnis Cement’s New York terminal.  The site in the South Bronx is part of McInnis’ network of terminals, strategically located throughout the eastern portion of North America and chosen for their Read more ››

Work in Progress at the Oshawa Terminal in Ontario Delivery of 25 Rail Cars to Transport Cement from the Gaspé Railway Network to McInnis Customers Port-Daniel–Gascons, March 29, 2017 – While commercial operations are still scheduled to begin this Spring, Read more ››

McInnis Cement To Use Gaspesian Rail for Cement Distribution

Hervé Mallet Appointed as President and CEO of McInnis Cement

Montreal, November 28, 2016 –McInnis Cement is very pleased to announce the appointment of Mr. Hervé Mallet as President and Chief Executive Officer. The Company is in the last months of its construction phase and will begin its commercial operations in the Read more ››

Start of McInnis Cement Project Operations and Closing of Financing

Montréal, November 1, 2016 – McInnis Cement, in collaboration with Caisse de dépôt et placement du Québec and the other shareholders, presented today an update of the cement plant project. Close to 75% of the construction phase has been completed Read more ››

Sainte-Catherine, September 7, 2016 – In anticipation of the operation of the new generation McInnis cement plant in Port-Daniel–Gascons, the Company announced plans for the construction of one of its cement terminals that will be utilized to ensure the distribution Read more ››