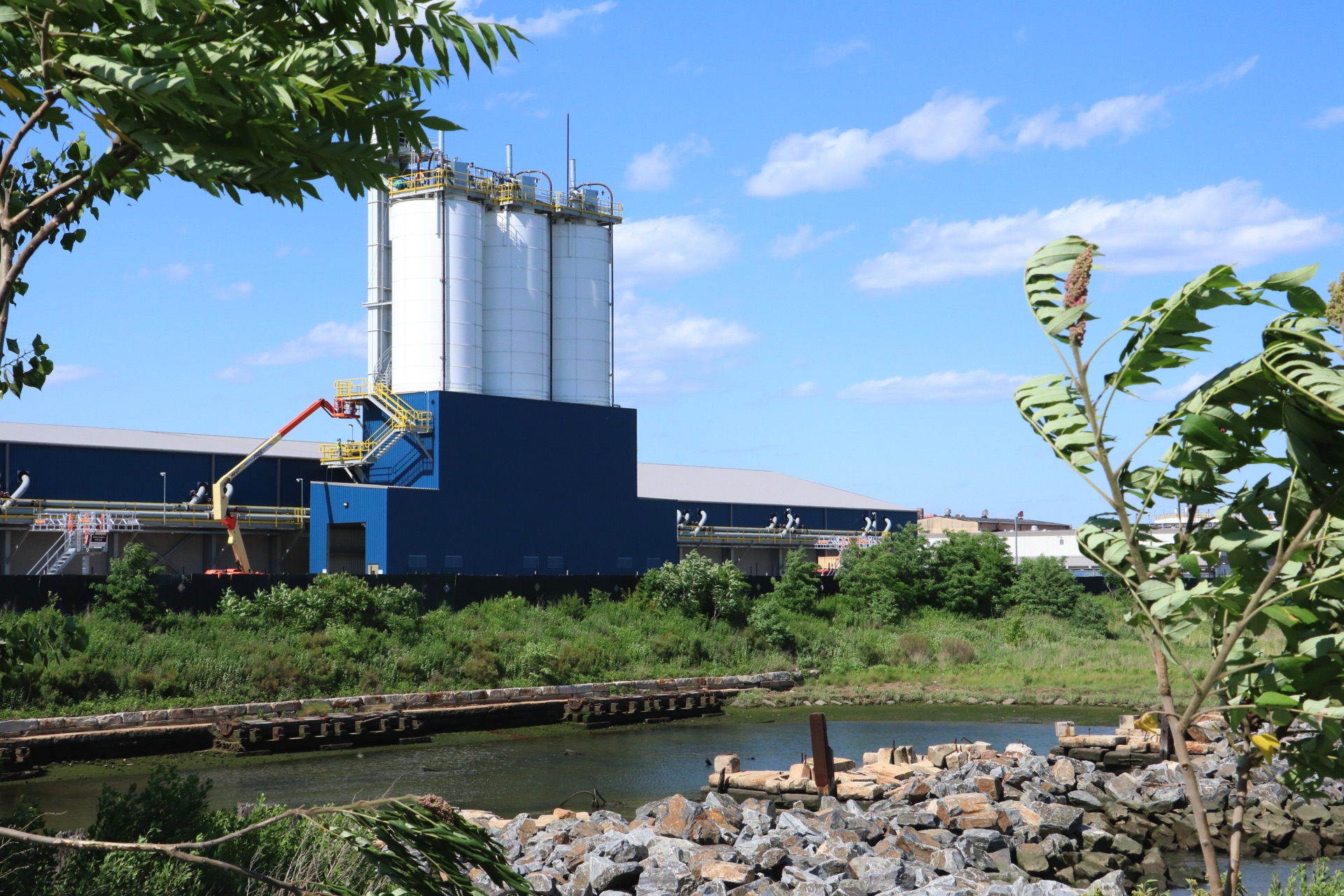 BRONX, NY/April 19, 2017 – Work is underway at McInnis Cement’s New York terminal.  The site in the South Bronx is part of McInnis’ network of terminals, strategically located throughout the eastern portion of North America and chosen for their access to efficient waterways, as well as their proximity to the market to minimize truck miles to its customers.

When completed, the 74,600-square-foot terminal in the Bronx will feature a new warehouse that can store 43,000 tons of cement and load up to 80 trucks per day.  Cement will be delivered to the Bronx from McInnis’ plant in Port-Daniel—Gascons, Quebec.  A barge-mounted ship unloader travelling between New York and Providence will be used to pneumatically transfer the cement into the warehouse.

This facility will set a new standard for development in the New York City Harbor, featuring 24/7 operations to best serve its local market. A rooftop solar array will reduce strains on the local power and a fully enclosed truckload out will mitigate dust. The around-the-clock operations in conjunction with the terminal proximity to concrete plants will dramatically reduce truck traffic and associated emissions in the Bronx.

In the future, the area is expected to see more than $60 billion in infrastructure projects and another $7.7 billion in Superstorm Sandy repairs, creating a much-needed demand for concrete. The Bronx terminal will allow McInnis customers to participate in these projects while reducing their transportation costs and environmental impact.

The property at the Bronx terminal has a long history with many uses over the years, including a 19th century amusement park and a float yard to move rail cars laden with coal, construction materials and daily consumables for transport to Manhattan and Long Island. This facility had lain dormant and fallen into disrepair as an illegal city dump for a number of years until it was rejuvenated by an innovative entrepreneur.  Extensive remediation efforts were made to transform the multi-acre property into a sustainable site.  Inserted between the terminal and protected wetlands is a new quarter-mile segment of the South Bronx Greenway, which includes a bike and pedestrian path.  This path is an integral part of the McInnis development and will allow the local population to regain access to the East River.

“We are very excited to being one step closer to delivering cement to our customers in this area and along the east coast,” said McInnis Cement CEO Herve Mallet.  “Once complete, the facility will set a new standard for development in the New York City Harbor, placing in harmony an industrial operation, with a natural wildlife habitat and waterfront access for citizens of the South Bronx.”

McInnis Cement is a privately-held company with corporate headquarters in Quebec, Canada, and United States headquarters in Stamford, Connecticut.  The company’s plant in Port-Daniel–Gascons, Canada is the first new plant to serve Eastern Canada as well as the U.S. Eastern seaboard and Great Lakes region in more than 50 years.  McInnis Cement has constructed a deep-water marine terminal, adjacent to the plant, and operates its own distribution network consisting of terminals strategically located in the U.S. and Canada. This will allow products to be shipped quickly and efficiently to markets along the East Coast and the entire perimeter of the Atlantic Ocean.

As the newest entrant in the North American cement market, the company’s goal is to supply its customers with superior-quality products that are consistently produced and reliably distributed, based on sustainable development principles.  The use of advanced technology will enable the McInnis Cement plant to meet, if not exceed, the most stringent environmental standards, making its ecological footprint one of the smallest in the cement industry.  More information is available at @ciment_mcinnis and mcinniscement.com/en. 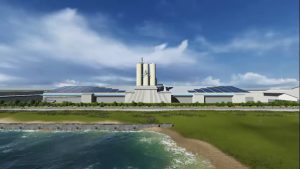 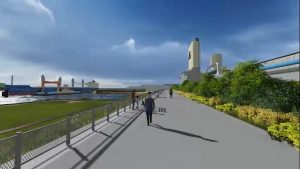 A quarter-mile greenway sits between the terminal and protected wetlands.